The picture shows the ratios of a classical dry fly. Tail – the same length as shank (blue). “Hackle” 1.5 – 2 times gap width (yellow). Takes up the anterior 1/3 of the shank. The wing is as long as the shank (green). The red line is the float line (water surface). The classical dry flies originated in the U.K. in the 18th century.

A dry fly is a  fly that floats in or on top of the surface film. We can divide them broadly into two categories. First, we try to imitate the flies that are hatching. We can call those imitators or copies. They are sometimes incredibly similar to a living fly (even down to the tonsils). A plethora of such flies exist. The most widely used dry fly is undoubtedly the Adams. It was tied first in the US in 1922 and is a good bet everywhere. 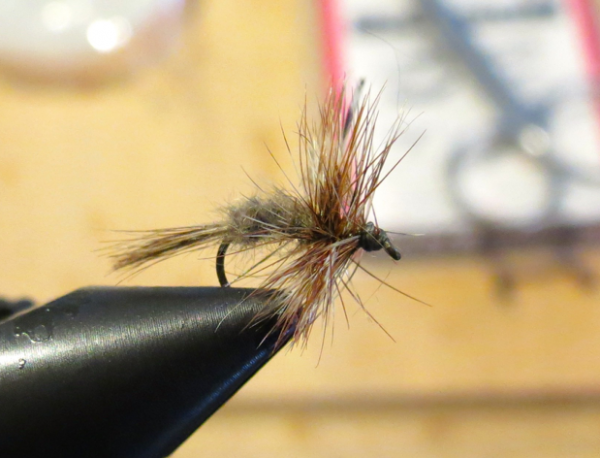 Then we have dry flies that do not resemble anything existing in nature. We sometimes call them attractors or just Christmas trees but they work fine all the same. 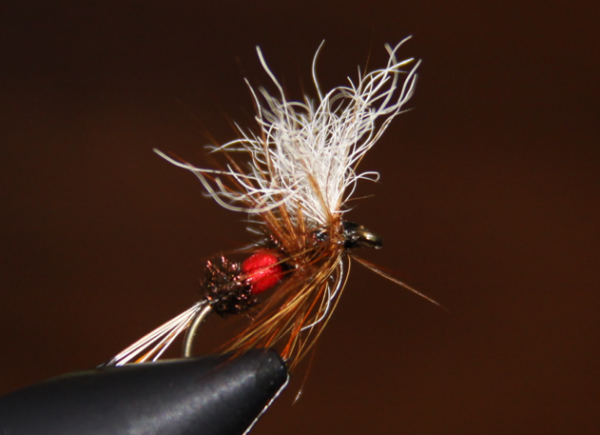 Dry flies are tied from all kinds of feathers and hairs. When they get wet they will sink and need to be dried. That is done by some few false casts, or just by drying it with some cloth, and then apply some floatant. Dry flies are mostly tied with feathers on small hooks down to #28. Special stiff feathers are used, and the industry is breeding special Cocks for that purpose.  Dry flies are used extensively in trout fishing, but salmon will take them too, and that is just a good problem to deal with. We can apply some fat on the fly to help it float, and the side of the nose can provide in a pinch. There exist flies tied from “Cul de canard” feathers that are located on the posterior part of a duck, and they contain fat and float well (no – don’t ever try that).

Dry flies are used on lakes when rises are evident and flies emerging. Similarly, they are used on rivers. There is a hardcore subset of fly anglers that consider fishing anything else an act of barbarism.

In the salt, we do not use classical dry flies. We can use floating flies that attract attention with sounds and splashes.

“Popper” is a fly variant where the fly has a rather large body that pushes water. When we give it a sharp tug it pops (makes a popping sound) and fish can’t resist checking the commotion out. It is addictively interesting to witness surface strikes by big badass fish. 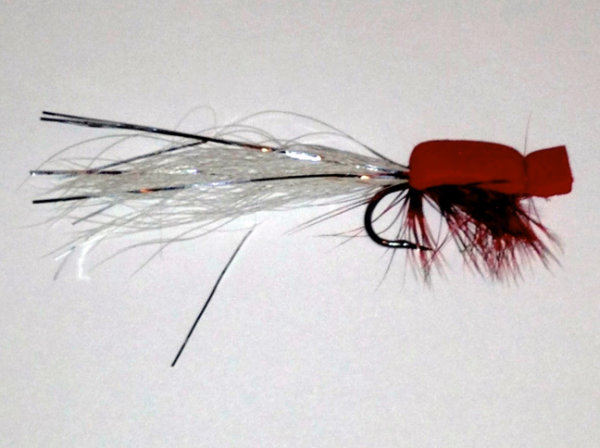 Another tremendously useful salt surface fly is the so-called “Gurgler.” We fish it similarly to the popper, and it floats and gurgles along, and elicits surface strikes that are just electrifying. 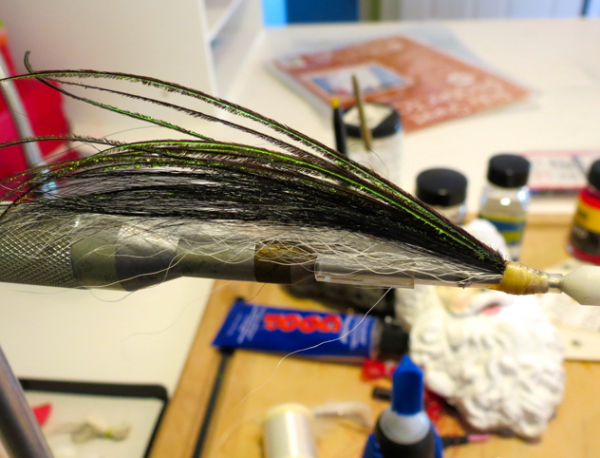 Tubes can also be used in the surface (see more on tubes later).