Blog - Latest News
You are here: Home / Why do floating fly lines – float? 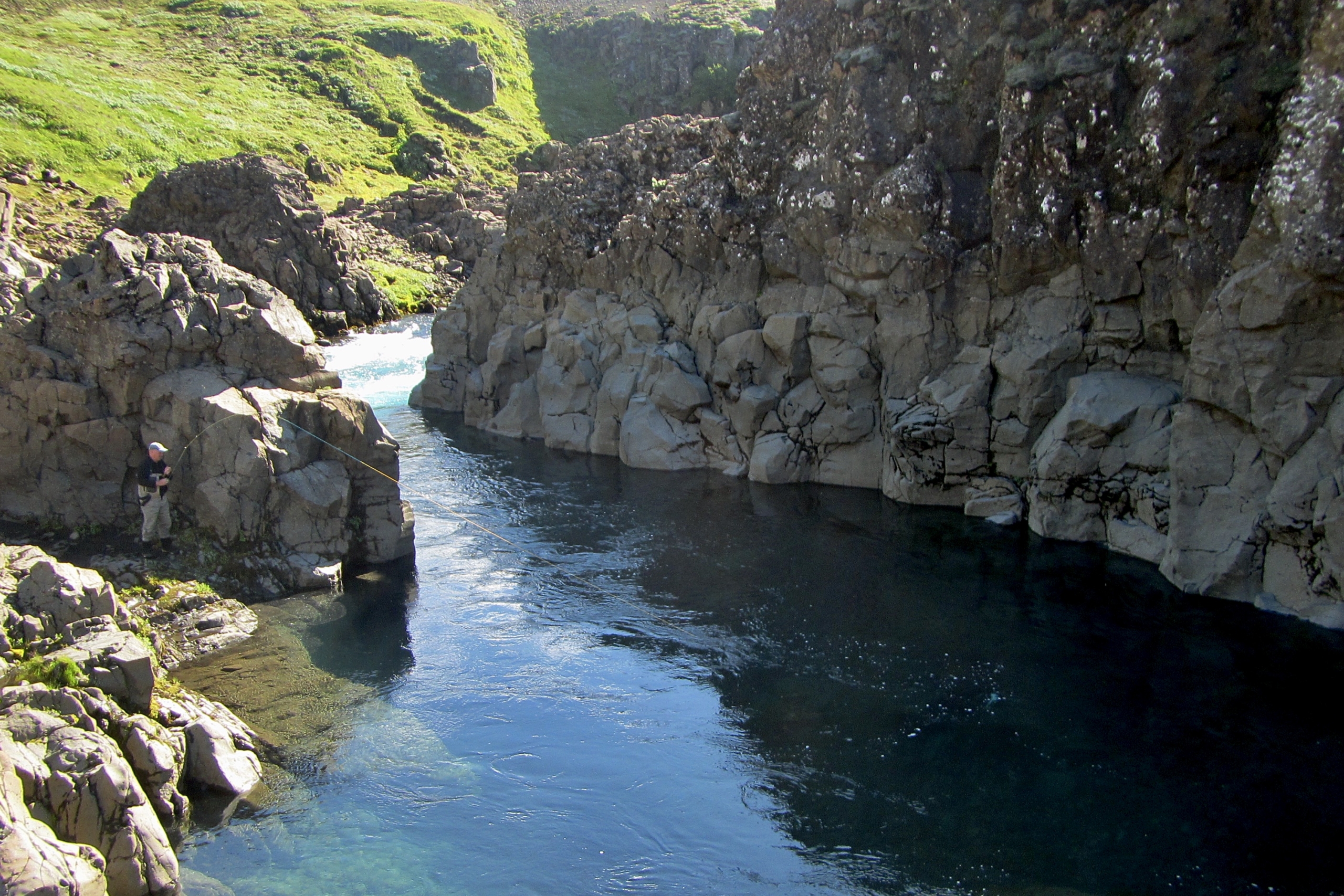 A floating fly line is made of a braided nylon core, onto which PVC is added as a coating. The specific gravity (SG) of nylon is 1.2 and the SG of PVC is 1.4. With those numbers the line should sink. So, why does it float? (For perspective; Aluminum has SG of 2.7 and marble for instance has SG of 2.6)

SG over 1 – denser than water (sinks), conversely SG less than 1 – less dense than water (floats). Here is a simple review –

When you are dry fly fishing you need a fly line that floats. Now that was an intelligent sentence. We like to turn over the leader gently, and that means a thin tip. If the line tip sinks, it will pull the leader butt under. Conversely, if the leader butt pulls the line tip under, it sinks. The line’s tip SG is ~ .85 (see later), it wants to float and will, unless something makes it sink. The leader has a SG of 1.2, and once under water, the whole leader system will drown, taking the fly under. The critical (to floating) part of the fly line is the level terminal tip. It is easy to make sure that the thick belly of the line will float like a cork. However, the fly line tapers and ends in 6” of level tip. Now the diameter of the tip is 0.037” and the relative contribution of the coating is much smaller than in the belly part.

The Core and the PVC

The core is braided multifilament nylon. In between the filaments, which are braided into hollow strands, there will be some air, and the coating traps some air around the braid in the manufacturing process, which is the big contributor of air, bringing the SG of that part to just under 1.0, but not much. In 1954 SA added air bubbles to the PVC coating, and lo and behold — the new line floated. This is considered to be the first modern fly line. Subsequently in 1959, SA introduced micro-balloons into the PVC coating. The SG of the PVC coating of the level tip is nowadays 0.85. So, that takes care of the SG problem.

states that the upward buoyant force, exerted on a body immersed in a fluid, is equal to the weight of the fluid that the body displaces. So, now the line weight is less than the weight of fluid displaced, and the line floats. The SG is a reflection of Archimedes’ principle in relation to water’s SG set as one.

Surface tension (https://en.wikipedia.org/wiki/Surface_tension) is the tendency of liquid surfaces to shrink into the least surface area possible. We all have been shown iron needles floating in water, because of the surface tension.

Water’s surface tension is high. The PVC on the other hand is hydrophobic. By certain chemical additions (don’t know which – probably secret) to the lines’ surface, the hydrophobicity of the PVC can be increased. The silicone that leaches out of the line increases the hydrophobicity of the line, increasing the floatation, too. We can also apply silicone to our lines with good effect. We all know that cleaning our lines makes them shoot better and float better. A dirty line is just less hydrophobic – so now go clean your lines and buff them with silicone.

We know that a small piece with a bigger surface area will float better, because of the surface tension. The line’s surface area can in fact be increased by texturing. This is very similar to the dimples on golf balls. So, the surface area in contact with water is increased, and the textured line will now float higher.

https://en.wikipedia.org/wiki/Lotus_effect – Scientist have noticed raindrops falling on lotus leaves, and then just roll off. It turns out that the surface of lotus leaves are hyper-hydrophobic. The reason is that on the surface of the lotus leaves there are microscopic pointy structures, replicated millions of times. Engineers can mimic that effect by manufacturing lines with a rough surface (Sharkskin was the first in 2007). This surface is rough on the fingers. However, the hydrophobicity of the line can definitely be effected by manipulating the line’s surface.

Simply put, floating lines are lighter than water, and are hydrophobic, so they sit higher on the surface than they would if hydrophilic. Lines can be made hydrophobic chemically and/or mechanically.

Saltwater has a specific gravity of 1,024, so it is denser than freshwater. This allows us to construct a floating fly line for the salt, which can have denser coatings (thus thinner). SW lines’ slightly denser coatings make them tougher (PVC is weakened by most additives), and a bit thinner, which improves casting, i.e. less wind resistance.

To wrap it up

Shape of line and leader

Before we leave the floating line we need to look at shape. I have owned lines (and you, too) that look like a “slinky” when they come off the reel. It is a floater all right, but in this configuration it will sink. The part of the line that is above the water will push the bottom of the coils under. Once a line is subsurface it no longer has the benefit of flotation by being hydrophobic, now it is repelling water in all directions, not just from the bottom.

So, STRETCH your fly lines before you start using them. The same must obviously apply to your leader, so stretch that too while you are at it.

If the water surface is calm, it is easy to get leaders to float, but we rarely have that luxury. Chop/turbulence causes parts of the leader to sink, and it is not coming back up due to its SG (1.2). It’s easy to float a 6X tippet leader (0.005”), not as easy to float a .030” tippet.  For best floating performance, it is very important that the leader especially the butt, is stretched straight (same reason as for fly line). Then dress with silicone line dressing. Remember, there is no silicone leaching out of the leader, and there is no texturing magic there.

The line/leader connection is important too. For lines with very little tip flotation (2-3 wt.) use a 2-turn needle knot to connect leader butts. Heavier lines have more tip flotation, so there are more options. Then there are anglers who use a 7 to 9-turn nail knots “gooped” up with lots of adhesive to make them stronger. These knots sink like a rock, and once the knot is submerged, the whole enchilada sinks. Remember, adhesives can’t make nail knots stronger, they are compression knots. If tied “neat” and pulled completely tight (rare), nail knots can be VERY strong. When the tip end-loop is clipped off delicate lines (I prefer that), it does expose the hollow core of the line, and a bit of water can wick in. Some anglers put a small drop of some sort of waterproof adhesive on the cut end (careful re SG), and that works for a while. Properly tied nail knots (meaning, pulled completely tight) will prevent water from entering too. But even if water does get in it won’t wick far and casting the line tries to force the water out, therefore it shouldn’t become a big issue. 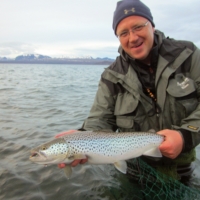 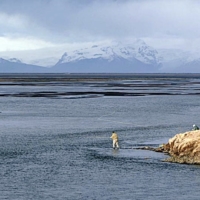