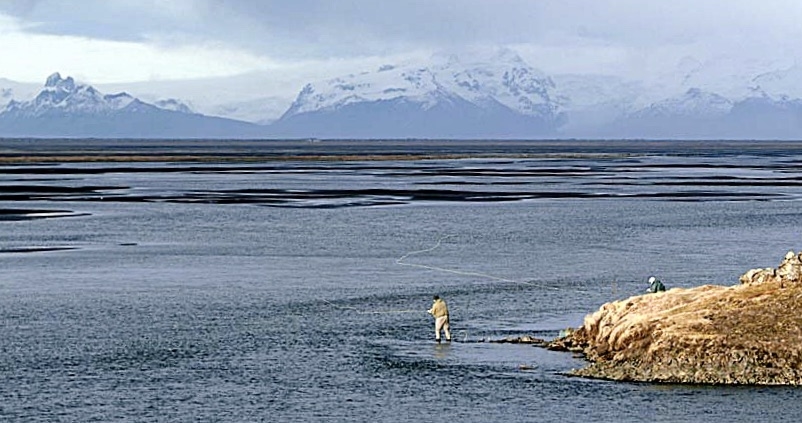 In this blog I take a look at a fantastic trout line.

I suggest that before reading this blog you start with my previous one “Why do floating fly lines – float?” https://everyjonahhasawhale.com/blog/why-do-floating-fly-lines-float/

The running line is called celestial blue. The belly part is bamboo colored, and finally the front taper is blue heron. My eyes say grey, but I can go with blue heron too, because it is grey. Initially, I did not like these Harlequin lines, but now I love them. I find it advantageous to know how much line I am carrying, and with the coloring scheme, it is so easy. These colors also help, when I am teaching casters. Many of them tend to slip out line as they are false casting, and thus exceed their carry limit (all casters have a limit as to how much they can carry of line (keep in the air)). Most intermediate casters can carry 40′, and I use the end of the belly to remind them of the position. Casting with too much overhang (running line outside the tip top) is hard for beginners, but if they practice, they can carry more and more line, because they can keep the backcast straight. The front taper or grey part is about 12′ and the leader is 9′. Being cognizant of these lengths helps to pinpoint where the tackle is.

The core is braided multifilament nylon. The filaments are solid Nylon, but braided together to make strands (16 strands). The way they are braided yields a hollow braid. Each strand of yarn has a small amount of air trapped in it when coated, but most of the air in the core is in the hollow center, see previous blog. The line is not painted after being made. The PVC used to coat the core has a blue – then bamboo colored – then grey pigment, and the micro-balloons, added into the PVC coating mix. This coating transitions from one color into the other seamlessly. How that is done, I haven’t a clue, so we all can be glad that I am not the one doing that. The SG of the PVC coating of the level tip is nowadays 0.85. On top of all that the gray part has more air trapped in the mix (see later).

The line has seven red boxes with some hieroglyphs on the website. I will decipher them as we go. On the website there is some text under each box, but much too small for reading. Probably put there by the elves making these lines.

After the coating is applied it is time to texture/emboss the line. The running line is textured/embossed with what SA calls, “Shooting Texture.” Textured lines have less contact with the rod guides, so they shoot better for more distance when needed. The texturing also increases the surface area of the line for better floatability. This texture is not rough on the fingers, but the rear taper is not textured to give a tactile reference point (see later). Then the Belly of the line is textured with the same “Shooting Texture” to the front taper. Shooting texture helps, you guessed it, in shooting the line, and it increases the floatability a little bit, too.

After the coating is applied it is time to texture/emboss the line. The front taper and the level terminal tip are textured with the so-called “Floating Texture,” and that is an ingenious engineering application of the so-called “Lotus effect.” – https://en.wikipedia.org/wiki/Lotus_effect – Now, an engineer at SA applied this knowledge to the surface of a fly line called Sharkskin in 2007. The natural hydrophobicity of PVC was kicked up several notches, and the line floated higher. Although the Sharkskin line shot great and floated high, the surface is rough on the fingers, so now the texture is limited to the front taper, and terminal level tip, and it increases that part’s floatation. This part of the line is not handled much.

I will repeat this. The line is textured/embossed with two different types of etchings. Seriously, this a job for dwarves. “Floating texture” helps, you guessed it, in floating the line, but its cast-ability is immaterial as this part is almost always outside the tip-top.

The crucial part of any floating line is the floatability of the tip. By increasing the amount of trapped air in the tip section (the gray part), the SG can be brought down to 0.80. This will float the tip higher. The tip floats because of manipulations of the SG, and by manipulating the surface into becoming hyper-hydrophobic. This is really hard core engineering.

The AST (Advanced Shooting Technology), was introduced 1998, and now all quality lines have this feature. A SA engineer came up with this incredible idea, in principe, a self lubricating fly line. AST means that silicone is incorporated into the coating mix. Then as time goes by, it leaches out onto the line’s surface. Such a line is much slicker than a line without this feature, and casts much better since the friction in the rod guides is diminished. AST then became AST+ after some chemical sorcery – making the line slicker.

On the front taper the line ID is printed. I really like this feature, but with time the print wears off my lines. Therefore, I mark the weight of all my lines at the end of the running lines. A long black dash – 1” mark means five. A half inch dash means one. I read from left to right — —– becomes 4, —– — becomes 6, —– —– is ten (like the Roman system). This is quickly done and does not wear off. This is a really helpful little trick when you have many lines.

I really like welded back loops on all my fly lines. These back loops easily last the lifetime of the line. I like front welded loops on lines from #5 and bigger. On the smaller lines the loop is just clumsy. The fly line loop adds more floatation, but the butt loop connection adds more nylon (SG 1.2), making it an even game, so the flotation is not an issue. However, the front loop is somewhat ephemeral, and will fall apart some day. There is no getting around this one – you need a strategy to connect your leader to the line, without the easy fix of looping them together.

Part of the rear taper of the line is smooth, i.e. there is no shooting texture, and you can feel that. It supposedly helps to identify how much of the line is out. But that does not excite me since the colors are already there. When I used this line in Iceland last fall is was so bloody cold that I could just about feel the line, the tactile reference point was not felt.

Fly anglers can become very excited, bordering on agitated, about their fly rods, and then have no clue about their fly lines. As I gain experience teaching casting, I am now in the camp that maintains that the fly line is the most important part of a fly angler’s setup. I like everything about this fly line. For dry fly trout angling it is fantastic. For salmon, when you are using small flies, it is superb. Furthermore, it is true to the AFTMA weight standards, i.e. a seven-weight line is exactly 185 grains. The front taper is twelve-foot long, so if I were to use very heavy flies, I would switch to the Anadro line, with its much shorter and powerful front taper. When you go through the points above, you realize that there is some serious engineering behind this line. SA maintains that this line is very durable (at the very least double lifetime or much more), and will last without loosing its characteristics. I have not owned one long enough to know that. However, the quality of this line is second to none.

I do not much like lines that are made stiff, hence coliy, or the so called tropical lines. It is just my peccadillo and I am the one living in this body. I left the Amplitude Trout and Anadro lines out in the heat (90 F) here in the Florida Panhandle. After that they were a tad limp, but when I still could cast the whole line, I can see no reason to have tropical lines in my arsenal anymore. Saves a bundle right there.

This line retails for $129.95. Is that prohibitively expensive? That is up to debate, and each of us might reach different conclusions. If the line lasts as claimed, its price is suddenly very attractive, for instance. Whatever your take is on the price, there is no better line in its class. 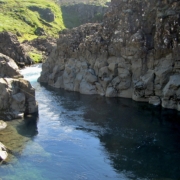 Why do floating fly lines – float? 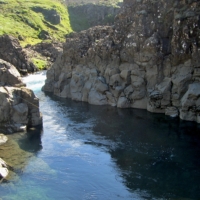 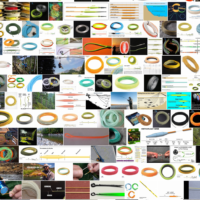 Jonas Magnusson How to choose a fly line!
Scroll to top