You are here: Home / choice 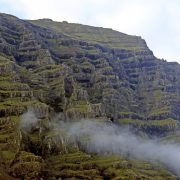 After graduating Med School I worked for six months as a general practitioner during the coming winter. At that time it was a requirement for obtaining a license as a doctor before you could embark on your chosen speciality. I took a post in a small village in the countryside where I was the sole doctor. It was remote from Reykjavik. The villages around Iceland are mostly coastal with fishing interests and service to what is left of the farming community around. The movement of people from the country to the towns and villages had already depleted areas that once were thriving communities. Where I was posted the fjords are deep and the mountains are layered up to a flat tabletop. The mountain sides are steep and they will block the sun if the village is so located. These fjords are ringed by mountains where the foothills run into the sea with limited lowland. Some places the mountains cascade into the sea with vertical cliffs and the surf pounding the walls. The ocean is a part of the allure sometimes flat and other times raging and cold it is. These fjords are barren devoid of trees, mostly stones and tundra but exceptionally beautiful even majestic.

The preceding summer I worked as an intern in one of the hospitals where I got to know a young patient in her twenties. She was battling a cancer. She was from the rural area where I became posted and her only wish was to live in there. South of the mountains in the next fjord she lived with her husband on a farm in a valley where there were no other inhabitants. Mountains both sides and then a bay with yes you guessed it more mountains. There were no lights from any other settlements to be seen from where she lived.  When the snow started in the fall it became impossible to to get there driving. There was a an airstrip at villages north and south of her but if you can not get there it is useless. The lady had a relapsing condition and after each treatment and actually from the first treatment she absolutely refused to be in Reykjavik extended periods for follow up and such. She could not stand the city and would go back to her farm immediately after the chemo. She had had a number of relapses and then recovered. This lady was very intelligent and understood well her predicament. However living on her farm was the only thing she would accept despite the consequences.

In these fjords the mountains are so high they will block off the winter sun that only manages to get up over the horizon some few degrees in the wintertime. It takes for ever for the sun to rise and it sets slowly. Some villages do not get any direct sun at all for a while. You can see the mountain tops across the fjord illuminated and you track when the rays are creeping lower as the sun rises after the winter solstice.  So winter at these latitudes is prolonged periods of dusk little bit of sun but mostly pitch dark. To not feel the sun on your skin for an extended period of time is depressing and you long for the caress of the sun again. The feeling of the sun on your skin after this period of deprivation is indescribable even wonderful. The day will come that the sun manages to get over the mountains blocking it and shine on our village and that day is understandably a very special day. This day we have the sólarkaffi (sun coffee). We bake what is locally called pönnukökur (pancakes) but the rest of the world calls crepes (we think everyone else has it wrong). We do not care so pönnukökur (or pönnsur a nickname) it is. We bake them on flat round crepe pans that must not ever be washed and are not used for anything else. These pans become heirlooms. My sisters wondered what became of momma’s pan but I know. There are many recipes and I for instance put a little bit of coffee in the batter to get a better color, I actually prefer instant coffee if it is to be had. We like them thin and roll them up warm with sugar brown or white or we we put whipped cream and fruit jam on top and fold them twice so they look like a padded quarter circle. This is a great tradition as we indulge in crepes and the revitalizing rays of the sun. This is the best celebration I have experienced in my life.

The winter I was working there I took some blood samples which were sent to follow up on her condition. The winter was uneventful and I returned to the City and soldiered on. Next year in the fall I learned that the lady was getting weaker again. She understood the situation and as she was snowed in the Coast Guard was summoned to help out. Before that she in her weakened state hiked up the mountain and sat down on a stone and awaited the return of the sun. When the sun reached her she sat there and soaked it up and then hiked back to the farm. Pönnukökur  were baked and she enjoyed her sólarkaffi (sun coffee). Now she was ready and the Coast Guard got her out of the isolation and she had to return to the hospital. She did not make it back alive. I am certain that her spirit, if there is such a thing, is there in these barren isolated majestic valleys. The memory of her certainly is.

That damn fireplace is smoking again irritating my eyes so I have to fix that.